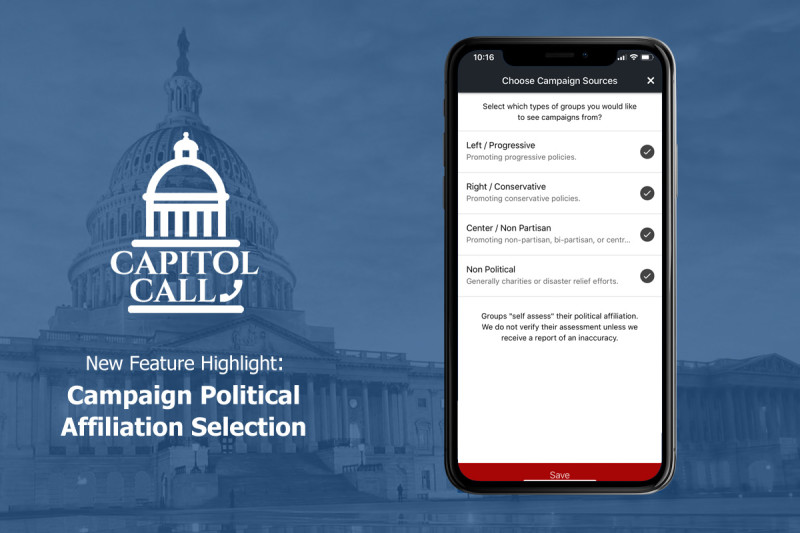 Based on their political preferences, users can now filter the type of groups from which they'd like to see Call to Action campaigns.

Organizations on Capitol Call are now tagged with their political affiliation / policy alignment - Left, Right, Center/Non-Partisan, and Non-Political - and users can now indicate during app setup whether they'd like to see campaigns from them by selecting which ideologies they'd like in your feed.

We had quite a bit of internal discussion about this feature prior to implementing it because we wanted to ensure that presenting filtered feeds didn't misalign with one of our core goals of generating discourse on political topics and helping users escape their filter bubbles. However, what we found through our initial launches where we did not filter is that enough users - on both sides of the political spectrum - were turned off by seeing content they didn't anticipate and would reject the app outright.

Our hope is that by implementing an intial filter, we can later introduce new ways of presenting opposing viewpoints. By earning the trust of our users first - by presenting them with content that matches their expectations - we can then be in a better position to potentially challenge their thinking and encourage critial comparison.